In the Cantonese morning tea culture, steamed bun always occupies a place among all kinds of dim sum. In Leping, Sanshui District, there is a special delicacy that can be called a giant in the bun world, which has been inherited for a hundred years and is famous far and near.

This kind of steamed buns weighs 1 jin (Jin is a Chinese unit for weight. 1 jin = 1/2kg = 500g). It contains chicken, pork belly, half an egg, mushroom, jicama and other fillings. It is soft and delicious, and its size is larger than the palm of an adult. People call it Big Bun of Leping. Not only local residents like it, many foreign diners also go to Leping to try it.

Stir frying is the key step in making stuffing. Split the steamed egg into two, and the other ingredients should be stir-fried and blended into the filling. After the pork belly is fully oiled, add jicama and carrots to fully absorb the oil and gravy. Large pieces of chicken and mushrooms are put into the pot at the same time. After continuous frying, the flavor of stuffing will linger in the kitchen.

The making of the dough of the buns is also quite exquisite. The general practice is to make a large dough, and then divide them into eight portions equally to ensure that the steamed buns will be of the same size. After rolling the dough into a cake, add half an egg and stuffing that is fried and let cool. After wrapping, put aside and wait for 1 hour to ferment, and then put it into a steamer.

One big bun weighs 1 jin, so the steamer of Big Bun of Leping should be four or five centimeters taller than that of ordinary steamer. One steamer has the space for 8 big buns. After being steamed for 18 minutes, a steamer basket of big buns will be fresh out of the steamer, and the aroma of meat, sauce and dough will continue to float out with the steam.

The steamed Big Bun of Leping cracks a bit in the middle, so soft that it is sunken with a light touch with your fingers, and it will slowly bounce up naturally when you put away your hand. Cut the big bun like a cake with a knife and put it in the mouth, and you can taste the proper proportion of saltiness and sweetness, but not greasy at all.

Mr Chen Ruiming is from Yangxi, Guangdong Province. He is the inheritor of intangible cultural heritage of Leping Dabao (Big Buns of Leping). The relationship between him and Leping Dabao started in 1999. At that time, he was a pastry chef in a hotel in Shenzhen. Because the boss came to Sanshui to open a restaurant, he followed him to Leping Town as a chef and learned to make big buns of Leping. Now it’s the 21st year.

The wheel of history is rolling forward, and all kinds of dim sums continued to appear. Now only the small restaurant managed by Mr Chen Ruiming makes the authentic big buns of Leping that were once popular in Guangzhou and Foshan. Chen Ruiming is 48 years old this year and once thought about giving up making Leping Dabao.

Before making the Leping big buns, the dough needs to be weighed. One big bun weighs nearly 1 jin. "It's more troublesome to stir fry the stuffing than to make a table of dishes." Chen Ruiming said that making big buns hard work, and it takes about four hours to make steamed buns from flour to steaming buns. In addition, with soaring prices, raw materials are becoming more and more expensive, and the profits of making big buns are getting lower and lower. Therefore, not many apprentices are interested.

Mr Chen did a calculation. He began to prepare materials at 4:00 a.m. every day, and was busy until 5 p.m., doing it with his son, and he could only steam up to 200 big buns a day. The ingredients have become more expensive. The current price is 10 yuan per bun, and the profit is only about 3 yuan, excluding the labor cost of two people.

It is tiring to make big buns, and the income is not high, which makes it difficult for Mr Chen to recruit apprentices. The inheritance of Leping Dabao has became a big problem. For this reason, he often asks his son to see if any classmates are willing to learn. When the nearby restaurants come to communicate about cooking, he is generous in teaching.

"Leping Dabao is the specialty food of Leping Town. You can't let it disappear." Although it's hard and tiring to make a big buns and the profit is not high, the support of diners is the motivation for Chen Ruiming to persist. Because of the meticulous skill and good taste, in addition to the local neighbors, there are also guests from Guangzhou, Shunde and Zhaoqing. In order to facilitate short-term storage and packing and taking away by foreign diners, Chen Ruiming also cools the freshly steamed Leping big buns, puts them in A4 paper size bags, vacuums them and puts them in the freezer.

It is said that the origin of Leping Dabao is related to Zheng Shaozhong, a native of Daqitou village in Leping Town. At the end of Qing Dynasty, Zheng Shaozhong was an official of the Ministry of war, nicknamed Dakoujin (Big mouth). He could eat a surprisingly big amount of food when he was young. He always felt it was unsatisfying because ordinary steamed buns were too small. The chef did what he liked and made a large bun weighing 1 jin for him to eat, and Zheng Shaozhong loved it.

The Leping big buns taste good and are filling, which make them popular on the tables in villagers’ morning tea time. However, Leping big buns are not only eaten during morning tea. For a long time, Leping big buns have been the main food on the dinner table, because they are big and cheap, so they are loved by heavy manual laborers. Today, the cheap and affordable Leping big bun has become Leping Town’s famous food, which is a must-try delicacy for foreign tourists when they come to Leping Town.

If anyone is interested in Mr Chen’s restaurants, here is the location.

The Origin of Guangdong Morning Tea

Guangdong morning tea appeared in Xianfeng and Tongzhi period. At that time, there were restaurants in Guangzhou named "Yili Guan", and a wooden sign was hung at the door of the restaurants with the words "tea talk" written on it. This kind of restaurants were relatively simple, with only a few wooden tables and chairs inside, providing passers-by with tea and cakes and a place to rest and talk. Later, tea houses emerged, and the scale became larger and larger. Since then, it has become a tradition and habit for Cantonese to go to teahouses to have morning tea.

To this day, Guangdong morning tea is still very popular among people, but now it’s not all about the tea. The types of dim sum are exquisite and diverse, almost becoming the main role, but tea is still an indispensable part of Guangdong morning tea. The tea people drink during the morning tea time is mainly black tea, which has the effect of warming the stomach and removing greasiness, which is conducive to digestion. Other popular morning tea choices include Oolong tea, Pu'er tea and Tieguanyin. Some people like to mix Pu'er tea with Chamomile, which they think is refreshing.

The traditional culture of Cantonese drinking morning tea did not disappear with the development of economy, but has become a beautiful landscape in Cantonese leisure life. Some people drink tea in the morning, at noon and in the evening, three times a day, but they pay most attention to the morning tea.

Morning tea is not just tea. For Cantonese people, morning tea means a meal because it actually means “tea + dim sum”. Usually the whole family sits at a round table and enjoys the family time. Some go to work immediately after drinking morning tea, and some take it for leisure. Most people who take their time are retired seniors. They usually come the earliest and leave the latest. They can sit in the tea house from the morning when the tea house opens, till the breakfast shift ends. For them, it’s more about killing time and spending time with other retired people chatting to kill time. Morning tea is popular among all ages because there are lots of food choices, and it’s also a common way of socializing among Cantonese. 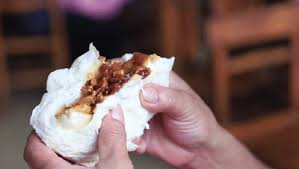