To understand the strength of Shunde intelligent manufacturing, we can start with a set of data. In 2018, the output value of robots and intelligent equipment in the region exceeded 60 billion yuan, and the cumulative production and sales of robots exceeded 4,000 units, accounting for more than 2% of the country. This means that one out of every 50 robots produced and sold in the country came from Shunde. On average 11 robots were produced and sold in Shunde every day.

From the perspective of industrial foundation, there are currently more than 80 industrial robots and intelligent manufacturing-related companies in the district. Four enterprises, Jiateng, Lixunda, Longshen and Sanhe, with an output value of more than 100 million yuan, have joined.

The investor, Country Garden Group, is hoping to join hands with top universities and scientific research institutions around the world to build a first-class robotics research and development base. Country Garden was planning to invest at least 80 billion yuan in the field of robotics within five years, and use robots more widely in various scenarios such as construction, community services, and daily life.

According to Country Garden Group, it won’t just be the industrial robots that everyone has in mind, but also service-oriented and special-purpose robots, such as construction and furnishing robots, as well as service robots in robot restaurants. The first step is to build a training base, including the construction of manufacturing platforms. The second step is to connect these devices with the Internet and artificial intelligence through higher-end networks, and then incubate them.

Bright Dream Robotics (Bozhilin) Co., Ltd. is a technological innovation enterprise focusing on R&D, manufacturing and application of service robots such as construction robots. Its headquarter is in the Robot Valley in Shunde. So far, the company has built a systematic R&D system focusing on construction robot + new assembly + BIM Technology, established five research institutes, recruited more than 3,400 outstanding domestic and foreign R&D talents and invested nearly 10 billion yuan in the research and development, production, manufacturing and application of construction robots and related intelligent construction equipment.

According to the Economic Promotion Bureau of Shunde District, in the future Shunde will make full effort to promote the construction and production of major leading projects, and accelerate the formation of a 100-billion-level robot industrial ecological chain, with the goal of building a first-class base of robot education, research and development, manufacturing and application in the country.

According to the Economic Promotion Bureau of Shunde District, the special fund for promoting the development of the robot industry in Shunde District in 2020 started to be declared and was divided into two topics: key enterprises of robot industries and major robot service platform(s), with a maximum subsidy of 20 million yuan.

For the key robot production enterprises in Shunde, 10% of the sales revenue (tax included) of the robot body will be subsidized based on the annual number of robots sold by the enterprise, but the maximum subsidy for each enterprise shall not be more than 20 million yuan.

The restaurant covers an area of 2000 square meters, serving Chinese food, fast food, hot pot and other dishes. It can serve nearly 600 people at the same time.

In the restaurant, with a strong sense of technology, more than 40 self-developed robots (more than 20 kinds) such as frying pot robots, cooking robots and noodle robots first showed up for their Job, busy making dishes or delivery food.

Cooking and delivering food are the key links. After customers scan the code to place an order, the chef robots activate dish making mode, which is much more efficient than a real person and can finish cooking in seconds. The second-generation burger robot’s meal efficiency has been increased to 20 seconds per burger, nearly twice as fast as the catering efficiency (about 30-40 seconds per burger) of the current fast food industry giants. A total of 7 robot products made their debut this time, and 14 robot products were upgraded in an all-round way, and the meals can be served as soon as 20 seconds.

The sky rail system is fully laid above the restaurant. The dishes are delivered by the AGV cart, which travels through the sky rail according to the automatically planned path, and the dishes descend through the dish exit and then reach the customer's table. The food is delivered point to point accurately. The conveyor belt in the hot pot area can transport dishes directly to the seat. The ground-assisted food delivery robot can also deliver food directly to the table. The customers can press the button on the table and take the food by themselves.

Because of the epidemic situation, no-contact dining has become a trend. By selecting ingredients from the source and standardizing processing in the central kitchen, the ingredients can be monitored and traced throughout the entire process. The ingredients are delivered from the cold chain straight to the cooking robots, and the whole process is unmanned, to minimize the risk of food contamination caused by manual operation, and to ensure safety and health.

The robot can operate in the closed muscle and bone space. Through the real-time 2D or 3D images during the operation, it assists the doctor to efficiently and accurately establish the percutaneous bone channel, effectively reducing the spinal cord and blood vessel damage that may be caused by the manual operation. It has the advantages of high precision, short time and small trauma. It has greatly shorten the hospitalization time of patients, with better guarantee the safety of surgery, which is undoubtedly good news for the majority of patients.

Orthopedic surgical robot is an orthopedic surgical robot that can take the lead in the operation of spine full segment (cervical, thoracic, lumbar, sacral), intra-articular fractures, pelvic fractures and limb fractures, and has a leading level in the industry. The introduction of this equipment in Heping hospital of Shunde is to enable doctors to improve the accuracy and efficiency of surgery, so that patients can get better treatment.

The surgical team of Heping Hospital of Shunde has successfully performed minimally invasive surgery assisted by orthopedic surgical robot for several elderly patients with limb trauma and fracture. The patients are currently feeling well and the surgery has achieved the expected results. 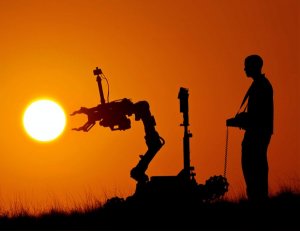 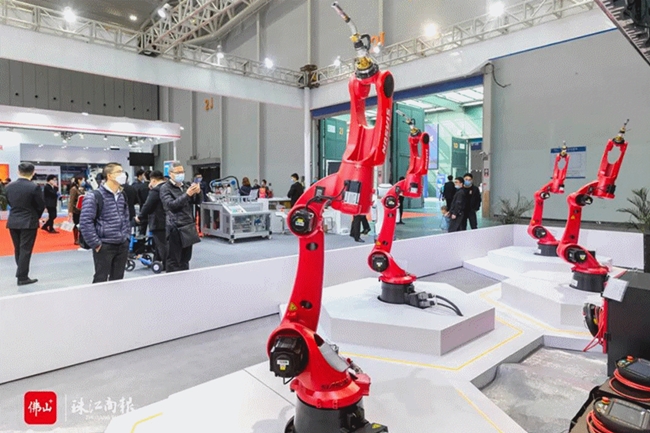